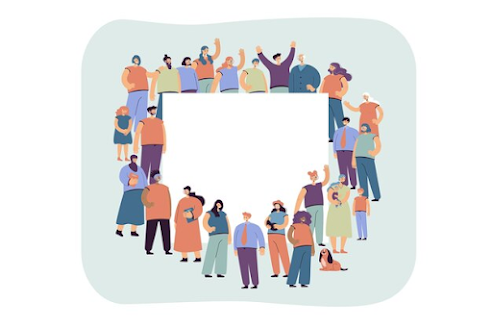 This view of managers as omnipotent is consistent with the stereotypical picture of the take-charge business executive who overcomes any obstacle in seeing that the organization achieves its goals. And this view isn’t limited to business organizations. It also explains turnover among college and professional sports coaches, who are considered the “managers” of their teams. Coaches who lose more games than they win are usually red and replaced by new coaches who are expected to correct the poor performance.

The term external environment refers to factors and forces outside the organization that a­ect its performance. The economic component encompasses factors such as interest rates, ination, changes in disposable income, stock market uctuations, and business cycle stages. The demographic component is concerned with trends in population characteristics such as age, race, gender, education level, geographic location, income, and family composition. The political/legal component looks at federal, state, and local laws as well as global laws and laws of other countries. It also includes a country’s political conditions and stability.

The sociocultural component is concerned with societal and cultural factors such as values, attitudes, trends, traditions, lifestyles, beliefs, tastes, and patterns of behavior. The technological component is concerned with scientic or industrial innovations. The global component encompasses those issues associated with globalization and a world economy. Although all these components pose potential constraints on managers’ decisions and actions, we’re going to take a closer look at two of them—the economic and demographic—by looking at how changes taking place in those components constrain managers and organizations. Then, we’ll wrap up this section by examining environmental uncertainty and stakeholder relationships.

THE GLOBAL ECONOMY AND THE ECONOMIC CONTEXT The lingering global economic challenges—once described as the “Great Recession” by some analysts—began with turmoil in home mortgage markets in the United States, as many homeowners found themselves unable to make their mortgage payments.8 The problems soon affected businesses as credit markets collapsed. All of a sudden, credit was no longer readily available to fund business activities. And due to our globally connected world, it didn’t take long for economic troubles in the United States to spread to other countries. The slow, fragile recovery of global economies has continued to be a constraint on organizational decisions and actions. Christine Lagarde, the Managing Director of the International Monetary Fund, .

said that while the global economy appears to be strengthening, global growth is still sluggish.  In addition, the World Economic Forum identified two significant risks facing business leaders and policy makers over the next decade: severe income disparity and chronic fiscal imbalances. Let’s take a quick look at the first of these risks, economic inequality, since it reflects that it’s not just the economic numbers, but also societal attitudes that can constrain managers.

Demography is destiny. Have you ever heard this phrase? What it means is that the size and characteristics of a country’s population can have a signicant e­ect on what it’s able to achieve and on virtually every aspect of life including politics, economics, and culture. This should make it obvious why it’s important to examine demographics. Age is a particularly important demographic since the workplace often has di­erent age groups all working together.

Gen Y (or the “Millennials”) is typically considered to encompass those individuals born between 1978 and 1994. As the children of the Baby Boomers, this age group is also large in number and making its imprint on external environmental conditions as well. From technology to clothing styles to work attitudes, Gen Y is making its imprint on workplaces.

Then, we have the Post-Millennials—the youngest identied age group—basically teens and middle-schoolers.16 This group has also been called the iGeneration, primarily because they’ve grown up with technology that customizes everything to the individual.17 Population experts say it’s too early to tell whether elementary school–aged children and younger are part of this demographic group or whether the world they live in will be so di­erent that they’ll comprise a di­erent demographic cohort.18 Although this youngest group has not o¬cially been “named,” some are referring to them as “Gen Z” or the “touch-screen generation.”

How the External Environment Affects Managers

JOBS AND EMPLOYMENT As any or all external environmental conditions (economic, demographic, technological, globalization, etc.) change, one of the most powerful constraints managers face is the impact of such changes on jobs and employment— both in poor conditions and in good conditions. The power of this constraint was painfully obvious during the last global recession as millions of jobs were eliminated and unemployment rates rose to levels not seen in many years. Businesses have been slow to reinstate jobs, creating continued hardships for those individuals looking for work.

ASSESSING ENVIRONMENTAL UNCERTAINTY Another constraint posed by external environments is the amount of uncertainty found in that environment, which can affect organizational outcomes. Environmental uncertainty refers to the degree of change and complexity in an organization’s environment. The matrix in Exhibit 3-3 shows these two aspects.

ws these two aspects. The rst dimension of uncertainty is the degree of change. If the components in an organization’s environment change frequently, it’s a dynamic environment. If change is minimal, it’s a stable one. A stable environment might be one with no new competitors, few technological breakthroughs by current competitors, little activity by pressure groups to inuence the organization, and so forth. For instance, Zippo Manufacturing, best known for its Zippo lighters, faces a relatively stable environment, with few competitors and little technological change. The main external concern for the company is probably the declining numbers of tobacco smokers, although the company’s lighters have other uses, and global markets remain attractive. Another concern is the use of e-cigarettes, which rely on lithium batteries rather than re. In contrast, the recorded music industry faces a dynamic (highly uncertain and unpredictable) environment. Digital formats and music-downloading sites turned the industry upside down and brought high levels of uncertainty. And now, music streaming services such as Spotify and Pandora have added doubt to the equation.

What Is Organizational Culture?

organizational culture The shared values, principles, traditions, and ways of doing things that influence the way organizational members act and that distinguish the organization from other organizations. Strong Cultures All organizations have cultures, but not all cultures equally inuence employees’ behaviors and actions.

STORIES Organizational “stories” typically contain a narrative of significant events or people, including such things as the organization’s founders, rule breaking, reactions to past mistakes, and so forth.45 Many Disney employees have heard the story that Walt Disney once said to an employee: “My brother won’t give me money to make movies.

RITUALS In the early days of Facebook, founder Mark Zuckerberg had an artist paint a mural at company headquarters showing children taking over the world with laptops. Also, he would end employee meetings by pumping his fist in the air and leading employees in a chant of “domination.” Although the cheering ritual was intended to be something simply fun, other company executives suggested he drop it because it made him seem silly, and they feared that competitors might cite it as evidence of monopolistic goals.49 Some rituals are rites of passage for new employees.

Houston-based Apache Corp. has become one of the best performers in the independent oil-drilling business because it has fashioned a culture that values risk taking and quick decision making. Potential hires are judged on how much initiative they’ve  shown in getting projects done at other companies. And company employees are handsomely rewarded if they meet prot and production goals.59 Because an organization’s culture constrains what they can and cannot do and how they manage, it’s particularly relevant to managers. Such constraints are rarely explicit. They’re not written down. It’s unlikely they’ll even be spoken. But they’re there, and all managers quickly learn what to do and not do in their organization. For instance, you won’t nd the following values written down, but each comes from a real organization.

What does an innovative culture look like? According to Swedish researcher Goran Ekvall, it would be characterized by the following: